This week’s summit in New Delhi brings together an age-old coalition that goes back to the Tamil Chulia Indian diaspora in Malaysia, and could serve to keep economic and geopolitical parity in Asia.

As China continues its inexorable rise, global strategists are increasingly looking – anxiously – to India. Why?

Many are hoping that India, with its huge population and roaring gross domestic product (GDP) growth, is likely to become a competitor to its northern neighbour.

In geopolitical terms, the Indians are expected to stand up to Chinese expansion in the Indian Ocean (in the guise of the Belt and Road Initiative).

Indeed, this week the Association of South-east Asian Nations (Asean) leaders – perhaps a little opportunistically? – met in New Delhi with Prime Minister Narendra Modi to celebrate a quarter century of diplomatic relations. A sceptic might wonder if there is anything really worth celebrating.

Nonetheless, the meeting is significant, because for Southeast Asia, India is important.

See also: Is An All-Powerful Xi Jinping and an Emboldened China Good for Southeast Asia?

Our region has long enjoyed extensive cultural, religious and trading relations with the entire subcontinent. Cities such as Georgetown, Yangon, Jakarta and Singapore have been deeply influenced by the many millions of sojourners who have crossed the Bay of Bengal over the centuries.

So even though many are now complaining about Modi’s erratic leadership (witness his extreme Hindu nationalist rhetoric), plus his often quixotic economic policymaking, Southeast Asia will be one of the biggest beneficiaries of India’s rise, even if it isn’t quite as stellar as previously imagined.

As Asean leaders convene in New Delhi, I’ve been immersed in a small but intriguing slice of South-east Asian/Indian history; namely, the Tamil Chulia Indian diaspora in Georgetown, Penang. I’ve been looking at Penang’s Chulia community and how they’ve contributed to the growth and formation of Malaysia. My principal source has been Khoo Salma Nasution’s authoritative work The Chulia in Penang.

Having fallen out of use in the early 1900s, “Chulia” is a term the Europeans used for South Indians who came to the Malay Peninsula by way of Penang.

Of course, Indian influence had reached the region centuries beforehand, as evidenced by the Unesco Heritage-listed, ninth-century Prambanan Hindu temple in Central Java.

Java’s Muslim heritage is also associated with the legendary wali songo, the nine Muslim saints with reputed supernatural abilities who landed on the island in the 15th century. Some historians have traced their origins to the Indian subcontinent’s regions of Gujarat and Malabar, the cradle of Malayali Indians.

The “Chulia” first crossed the Indian Ocean from what’s now known as Tamil Nadu in the 1700s. They were instrumental in building the island state’s economy and shaping its identity. The Chulia were predominantly textile traders. In fact, they drove an export/import trade of over 860,000 Straits Dollars (approximately US$100 million) by 1830, double the opium trade. With the establishment of printing presses, they turned Penang into a key intellectual hub. Moreover, their small sundry retail shops also expanded across the Peninsula. Through philanthropic endowments, the Tamil-Muslim community established nearly a third of Georgetown’s mosques by the early 1900s, including the famous Kapitan Kling Mosque. From Penang, the Chulia reached across to Aceh and Singapore through trade vessels.

Also read: The Biggest Challenges for ASEAN in 2018

Even the region’s names have Indian influences: “Jakarta”, “Cambodia” and “Singapura” have their roots in Sanskrit words. “Cambodia” comes from the Sanskrit word Kambuja, an ancient people in today’s India mentioned in the ancient texts, the Edicts of Ashoka.

Virtually every major culture in our region has also adopted Indian epics such as the Mahabharata and Ramayana into their folklore. It continues to leave an impression on contemporary culture in the form of Navin Rawanchaikul, a Thai artist of Indian descent, who has documented the lives of the Indian diaspora in his hometown of Chiang Mai.

Hence, it is a great shame that India (beyond Bollywood) has failed to seize its place in Southeast Asia’s popular imagination.

Looking ahead, Asean has much to gain in strengthening its friendship with the South Asian giant, which is home to 18 per cent of the world’s population.

The International Monetary Fund recently projected that India’s economic growth will rise more than 7 per cent this year, outpacing China. Furthermore, the World Economic Forum predicts that India will be second only to China as the world’s biggest economy by 2050.

Combined, Asean and India’s populations make up almost a third of the world’s. Together, their GDP would total to US$3.8 trillion.

Indian tourists are also just as lucrative as their Chinese counterparts. Indian tourist arrivals to Indonesia grew by 39 per cent last year, the highest among origin countries.

While many question India’s (and Modi’s) commitment to democracy, I am convinced that it will remain so. Its independent public institutions and free press have come under attack, but they should be able to check the worst of the elite’s excesses.

It would be unwise to think that China’s long-term influence on the region eclipses India’s. In fact, the opposite may well be the case, and we in the region would be well-advised to remember this.

So while we must be wary of India’s internal political stresses, it is also a reality our region must contend with just as much as China.

The challenges are many, but so are the rewards of re-engaging with this familiar stranger.

This article is published in collaboration with Ceritalah ASEAN. It is also published on the South China Morning Post.

Disclaimer: All opinions expressed in this article are the author’s own.

Is Xi Jinping and China the new hegemon of Southeast Asia? 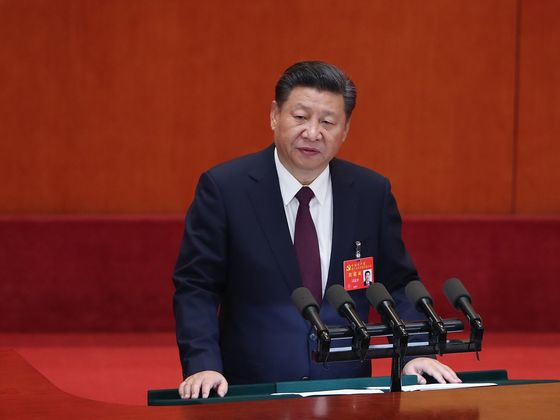 Your item will be embedded here

GE14: Whose Narrative Is It Anyway?

CPTPP Deal – To Ratify Or Not?

Forget ‘Made in China’. Say Hello to ‘Made in Vietnam’

Laos: Her Present and Future

Can China Really Be Trusted?

Growing Tensions over Trade between the US and China for ASEAN

SMEs Need to Rise to the Challenge

How Many More Domestic Workers Must Die Before We Change?

Institute for the Future Economy (IFE) aims to shape the regional innovation and entrepreneurship ecosystem through collaboration with leaders and influencers in government, business, academia and society.
Contact us: contact@futureconomy.org